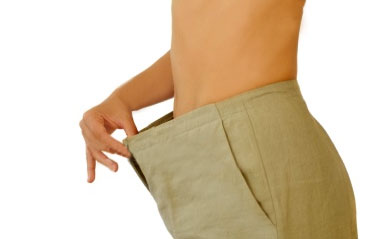 The End of Overeating: Sugar, Fat & Salt
A Book Review

There is a new book out called: The End of Overeating: Taking Control of the Insatiable American Appetite

Millions of people struggling with weight loss, are having their brains manipulated by everything from brand advertisers to fast food super sizes, to chain restaurant foods filled with sugar, fats and salt.

He says that the food industry has been remarkably successful at designing foods to capture the attention of people who have lost control of their eating habits and are totally at the mercy of food. Food designers, food manufacturers and restaurants all understand that sugar, fat & salt added to foods makes a juicy meal that many people simply can’t resist. There’s not a short of people who lack control around such targeted foods and not all of them are overweight. Many people don’t have eating disorders that we’ve all heard about, but for a lot of these people food and eating and over indulging is never far from their minds.

For thousands of years, our bodies were the perfect biological systems, then in the 1980’s, something happened. A senior researcher at the Center for Disease Control noticed an alarming trend. She found through a government survey on health and nutritional status that the number of people who were overweight had spiked dramatically. What had caused this phenomenon? Well by the 1980’s we had larger portion sizes, more chain restaurants, and convienence stores and a culture that promoted going out to eat. But he says that still didn’t answer the question of why we overeat?

Those people that can’t stop eating literally spend billions of dollars a year trying to find a cure to their weight loss. Those in search of a weight loss formula are wasting most of their money for a short weight loss cure that they hope will last. We all know that it basicly comes down to people get fat because they eat more than people who are lean. Apparently some people are still denying this or are confused about it, but we have strong evidence to prove that this is true.

Here is what the food industry knows and doesn’t tell you. “Higher sugar, fat, and salt make you want to eat more”, says a high-level food industry executive who didn’t want to be named. They make it indulgent and hedonistic so that it has a high pleasure value. Restaurants where Americans spend 50% of their food dollars have introduced countless new foods with high hedonistic values. Everything from Potato skins to Cheese fries, a high fat food with more fat layered on top of it, to Buffalo wings, the fatty part of chicken which are then deep fried and served with a sweet dipping sauce that’s heavily salted. Chicken tenders are the worst because I know many Mom’s gives their kids these “unidentified fried object”, loaded with batter and fat and then fried with salt and sugar added. And the list goes on and on.

Dr. Kessler observes that the food industry is “the manipulator of the consumers’ minds and desires.”

To order this book: The End of Overeating: Taking Control of the Insatiable American Appetite